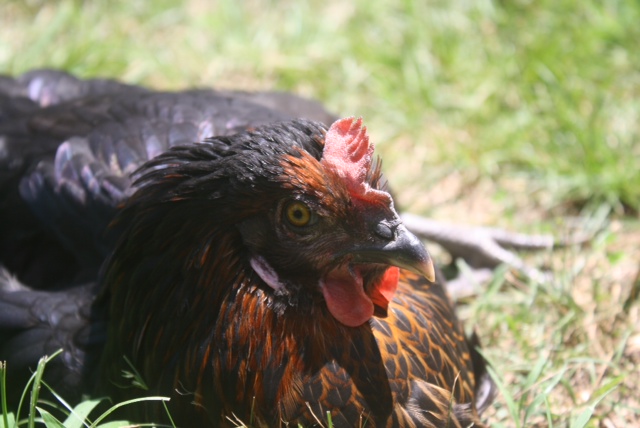 I won’t ever look at a Saltine cracker again without thinking of our backyard chickens.

They liked a little wheat bread tossed out the back door from time to time, but Saltines? Oh yeah. They’d fight mightily over those.

I’m writing in past tense, but we do have one left: Tessa. She reminds me of the Little Red Hen from one of my favorite children’s books and, as of this morning, she’s all alone in the backyard.

Her buddy Shawnna, a black and white checkered beauty, died three weeks ago and my husband found Dot, the feistiest of them all, dead in their coop this morning when he went out to let them loose into the backyard. (That’s a close-up of Dot in the picture above. Ladybug took it last spring.)

I told my husband through hot, bitter tears this morning: “I don’t think I’m cut out to be a backyard chicken farmer.”

When you have a huge flock it might be easier to lose a few. But when you start out with the three amigos and you’re down to the lone survivor it’s a sad sight. The little red hen has been searching all morning for her friend. She calls out, loudly, but there’s no answer.

With Shawnna, we had tried valiantly for weeks to keep her alive, even taking her to a vet. I had thought at the time it would be better if she had just died quickly. But then this morning. With Dot. I felt like I hadn’t really had a chance to say goodbye, which I did with her sister.

When my husband dug the grave out back, it was a lot of work to cut through all the rocks and roots. It was a fairly large box we buried Dot in. While he worked, flashes of panic gripped me. What if I woke up one morning and found that he had died?

Death reminds us of death. Deaths of those who have gone before, deaths that will come later, our future deaths. All uncertain. I do have hope, though, for the afterlife. I cling to that hope.

If I managed one smile this morning, from the time my husband woke me up to tell me the bad news to the time I had to tell our daughter the same, it was when I pictured Shawnna running up to Dot as she reached heaven, calling her over to the best spot for scratching out bugs.

And the spot where a nice heavenly host tosses them the occasional manna – or maybe even a Saltine cracker. 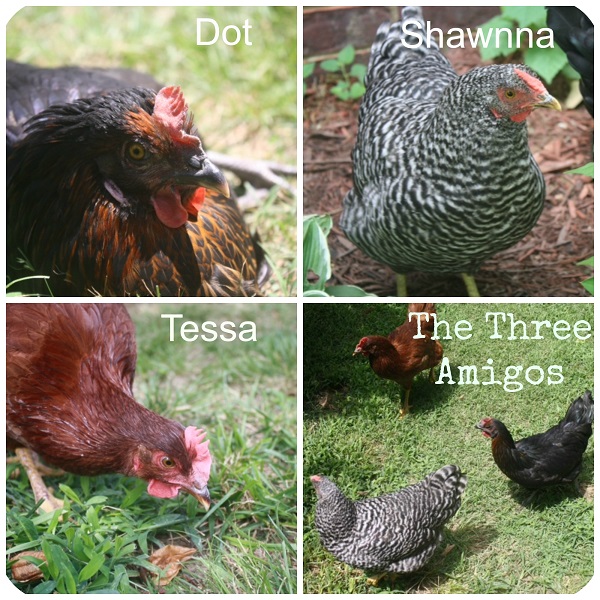