On my wedding anniversary, the man who made vows to love, honor and cherish me all the days of his life called my cell phone.

“Are you still at the airport?”

“Yeah, and I’m not going to make it home in time for us to go out for dinner tonight,” he said.

“Bad weather in Chicago?” I asked. 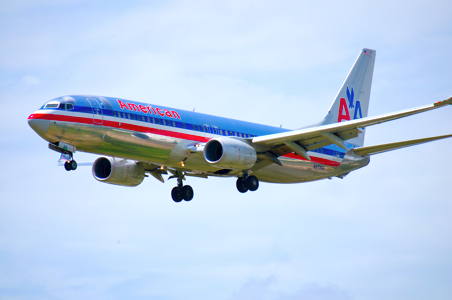 “Is something wrong with the plane?”

“No, the plane is taking off right now.”

“Then why aren’t you going to be here?”

“Well, the flight was overbooked. And the flight attendant asked for a volunteer to get off the plane and take a later flight, but no one was volunteering because it’s Friday night and everybody wants to get home.”

“Are you trying to tell me that you’re not going to be here for our anniversary dinner because you took a travel voucher instead?”

“I did,” he said. “And the flight attendant was so grateful that I volunteered that she bumped it up the travel voucher to 600 dollars.” The uneasy tone in his voice told me he was nervous about selling out to American Airlines on the night of our anniversary.

I paused for a moment, realizing that the steak dinner I’d been looking forward to was about to turn into a frozen pizza with the kids. Then I said something full of the kind of real-life practicality that comes along with 16 years of marriage and mortgages and kids: “They gave you six hundred dollars? SCORE! Where should we go when we use it?”

We spent the next few minutes deciding how to use the travel voucher while I texted the babysitter and asked if she could come watch the kids the following night instead. By the time Tom came home dragging his suitcase behind him, there were stale pizza crusts on the kitchen counter and the kids and I had fallen asleep while watching reruns of Shark Tank.

If this had happened on the night of our first wedding anniversary, I probably would have passively-aggressively told Tom I was “fine” and then spent the next hour alone in a weepy heap on the sofa, tormented by how he could do such an awful thing to me on our anniversary. Then I would have worked up a full steam of righteous anger and expressed it over a week’s worth of icy cold shoulders and stink eye.

I still had a lot to learn in Year One. We both did. But now we have a few years of “for better or worse” under our belts, and life has a way of teaching you which things to get upset over and which ones just don’t rise to the level of “big deal.”

There are lots of great things about marriage but one of the best is the sense of calm you get as the years go by. Your happiness doesn’t hinge on a missed dinner appointment or a disagreement. You have the reassurance that your commitment is more durable than that. Of course, that doesn’t mean we don’t get frustrated with each other and sometimes even downright mad. It just means we have the sense that, even in those times, it’ll be okay. And that’s a blessing.

We finally decided what to do with that 600-dollar travel voucher. After the holiday chaos ends, we’re using it to take our oldest son to see the sights in Washington, D.C. to celebrate his 13th birthday. See how we turned a missed anniversary dinner into an awesome birthday gift? And while we’re there, we’re definitely getting that steak dinner.