April sucks. It really does. Each year as the calendar creeps closer to April 20th, the knot in my throat gets a little bigger each day until I’m nearly choking on the reality that I’ve missed you for another whole year.

It’s been 14 years now since I got that phone call that changed everything for me and for Mom and Dad. If I let myself, I can almost replay the conversation line by line. I can hear exactly how the police officer sounded when he told me you’d died.

The days and months after that phone call are still a grey blur in my memory. When you’re 28 years old, you’re not supposed to write your brother’s obituary, so you try to block out as much of the shock and pain as your mind will allow.

The only things I remember clearly are a handful of moments that felt like some kind of text message straight from Heaven – a little sign here and there that made me feel like maybe you were still around, even though I couldn’t see you.

People who haven’t experienced a major loss might think those “signs” are just wishful thinking, and there’d be no point in trying to convince them otherwise. You believe it when it happens to you and not a moment sooner. 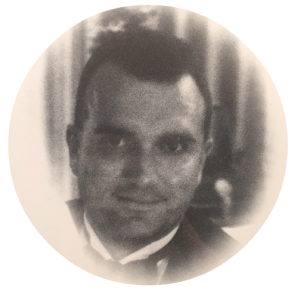 Losing you has taught me so much about life and loss and grief and joy. I’ve learned that “getting through” a loss is the thing we have to hope for because the loss doesn’t really have a finish line, which makes “getting over” it impossible. When my kids do something funny that reminds me of us when we were growing up, I want to tell you about it so badly.

I want to sit around the table again with you and Mom and Dad and watch you eat more lasagna than any human should ever consume at one sitting and be partly grossed out and partly impressed at the same time. I want to hear the jokes you’d make about all the crazy things that have happened in the world since you left it. Nobody made me laugh the way you did.

Every time something happy or sad or funny or unbelievable happens and you’re not around, I feel the loss again – like a thousand little cuts that pierce deep enough to remind me about the grief that lives just under the surface.

But here’s the thing that makes it better. Now and then when I see something ridiculous on the news, the joke you probably would have made pops right into my head. So I just say it for you and take the credit. And my oldest son – the one who just turned 13 – he rolls his eyes almost exactly the way you did. Our middle kid, Jack, has hair that looks like yours did, and his little sister, Kate, hums while we’re in the car and it annoys her brothers the same way it annoyed you when I used to do it.

Gosh, I wish you were here to see it. But I also have a deep sense that you’re not really missing a thing – that you have a ringside seat to everything that happens and that you nudge a guardian angel in our direction any time we need it. Thanks for that. You always were a protective big brother. I’m lucky that way.