Last night, I gathered my Ladybug into a bear hug and realized something I’ve known was coming: my baby’s taller than me.

It was made official when I took her to the doctor a little over a week ago and they measured her height.

Now, for those of you who know me, you’re probably thinking, “Well, you’re not exactly tall.” And that’s true. I’m not even five feet, so it’s not a big stretch to imagine my daughter would outgrow me.

I’m glad she’s going to be a little taller, although I’ve never minded being “short”. But it’s a momentous occasion when your little Ladybug outgrows you. 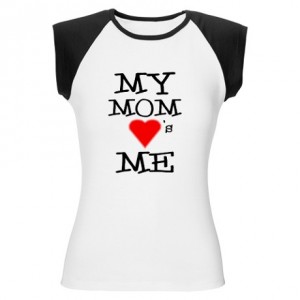 What’s most jarring is that we can wear the same clothes. Ladybug accuses me of buying clothes for her that I know she won’t really like, just so I can keep them. I DO buy clothes for her with no guilt, but don’t buy them for myself as readily, so there could be something to that. 🙂

Of course, I’m not too keen on wearing shirts covered with pictures of cats or phrases like, “You are so Cray Cray” with dancing crayons on the front. Those were definitely bought with her in mind.

Yep, she’s literally growing up before my eyes – and now above them.

After that bear hug, we marveled at how tall she’s getting and how, when she was a baby, the pediatrician predicted she would be REALLY tall. I don’t think that’s going to happen, but I suppose it’s possible. (Read this article on WebMD if you’re curious about when kids stop growing and predicting height.)

When it was time for sleep last night, I sat on the edge of Ladybug’s bed, and we talked. It’s still one of her favorite things, though I often tell her it’s too late and she needs to go right to sleep. We chatted about her day, a little school drama (in sixth grade there’s always something) and she suddenly called me her friend.

“Your mother or your friend?” I asked, remembering all those parenting books that warn: YOU ARE NOT SUPPOSED TO BE YOUR CHILD’S FRIEND. THEY HAVE LOTS OF FRIENDS BUT ONLY ONE MOTHER. RED ALERT. RED ALERT!

“Both,” she said, after considering.

I considered whether that was a bad thing. Then I thought: “Therapists bedanged, I’m happy with that answer.” Maybe we can get matching BFF shirts. In the same size.

Shannon Magsam is mama to Ladybug (a salty/sweet tween girl who still likes things like superheroes and unicorns, thank goodness) and is married to John, a fun-loving newspaperman/entrepreneur.